Medievalists.net discusses evidence for Scottish Medieval Football – although is this any real surprise? Football was around for a long time in the Middle Ages.

About.com tells us about the Viking Ship Burial Discovered in Scotland

Gamershell.com has news about an interesting MMO game set in the Middle Ages. Goldon Age is currently in Closed Beta

Want to read more posts from Praeter Naturam, don’t forget to sign up to the RSS Feed, or get an email subscription.

If you’re interested in finding out more about demons and demonology then I am sure you have come across sources such as the Goetia and the Pseudomonarchia daemonum. Both sources have a fairly similar list of demons, which I believe were compiled in the later middle ages/early modern period, just as the interest in magic, demonology and necromancy really started to take hold. This was the era of witchhunts and famour ‘magicians’ such as John Dee, Johann Weyer and Heinrich Agrippa.

The lists of demons were allegedly derived from texts written by King Solomon, who according to Gnostic accounts was famous for his control of demons and spirits. However, I think it is likely that the magicians of the early modern period such as Weyer and Agrippa were really just making these lists up based on their knowledge of Christian and Classical myth and legend.

What you get is a strange mix of sources to provide the bibliographies for these demons.

For instance Bifrons, who I have been researching, with a possible starring role in my novel Hell has its Demons, takes a lot of his powers and nature from the Roman god Janus, who was also called Janus Bifrons.

I think whoever came up with the name of Bifrons as a demon was probably looking back through account of various pagan gods and saw this name Janus Bifrons. Janus would perhaps have been too well-known in its Roman context, and perhaps also didn’t sound demonic enough, whereas Bifrons does sound rather devilish.

The Latin meaning of Bifrons

In Latin, the word bifrons sums up the nature of Janus quite well:

However, both the Goetia and the Pseudomonarchia daemonum shy away of describing Bifrons in terms that are too reminiscent of Janus. For example from the Goetia:

The Forty-sixth Spirit is called Bifrons, or Bifrous, or Bifrovs. He is an Earl, and appeareth in the Form of a Monster; but after a while, at the Command of the Exorcist, he putteth on the shape of a Man. His Office is to make one knowing in Astrology, Geometry, and other Arts and Sciences. He teacheth the Virtues of Precious Stones and Woods. He changeth Dead Bodies, and putteth them in another place; also he lighteth seeming Candles upon the Graves of the Dead. He hath under his Command 6 Legions of Spirits. His Seal is this, which he will own and submit unto, etc.

Janus was a god of transitions, who could look into the future and the past, and often appeared at gateways. He had some control perhaps over the living and the dead in this gatekeeper role.

The Renaissance demonologists allude to that nature in the fact that he can change dead bodies and has power of divination (although most demons had this power). Perhaps the closest parallel is that the demon Bifrons has too guises: a monster who can change into a man and vice versa.

It’s fascinating to see how the source material from the myth of Janus was used to create a new myth over a thousand years later by the esoteric demonologists of the fifteenth and sixteenth century. The difference is perhaps that Janus was properly worshipped as a god, whereas Bifrons the demon was only ever a work of fiction. 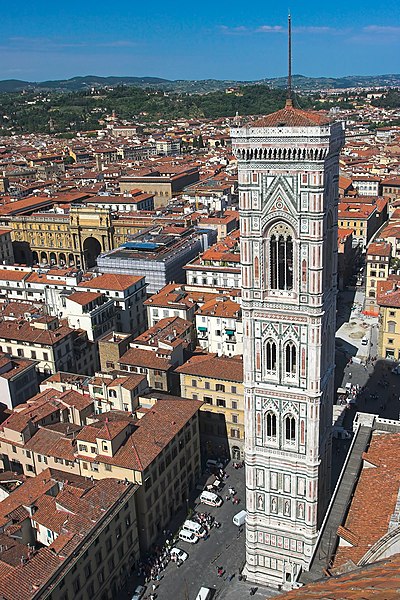 The Middle Ages was a time when witches were burnt at the stake or drowned in ponds to prove whether they were really witches or not.
Again another myth about the Middle Ages.
The persecution of witchcraft really didn’t get going until what is called the Early Modern period – late 15th century to 17th century. In fact until the 15th century sorcery itself although acknowledged to be evil and to exist was not actively pursued or persecuted.
Sorcerers could be burnt for their crimes and occasionally were, but really the accusation of sorcery tended to be tacked onto accusations of heresy, or to be used as a means of defaming opponents – such as the Templars for example.
Things started to change somewhat in the early fourteenth century, a time of rising pressures in society in general. From about 1320 onwards the Inquisition in Europe started to take a more serious role in tackling accusations of sorcery. The cases of sorcery actually seem to have increased as the authorities pronounced against it – for instance Pope John XXII actually made accusations that certain sorcerers had attempted to kill him. High profile cases such as this only served to increase the interest in sorcery, and thus the persecution of it. This culminated in the mid-15th century with the infamous Gilles de Rais.

With the increase in publicity sorcery and witchcraft were becoming increasingly trendy, and by the Early Modern period both had captured the imagination as something to be feared or to experiment with.

It’s ironic that the era of the Renaissance was the time when the particularly brutal repression of witchcraft really began.
Henry Charles Lea’s A History of the Inquisition of the Middle Ages: Volume 3

is a great source for more information on the subject.